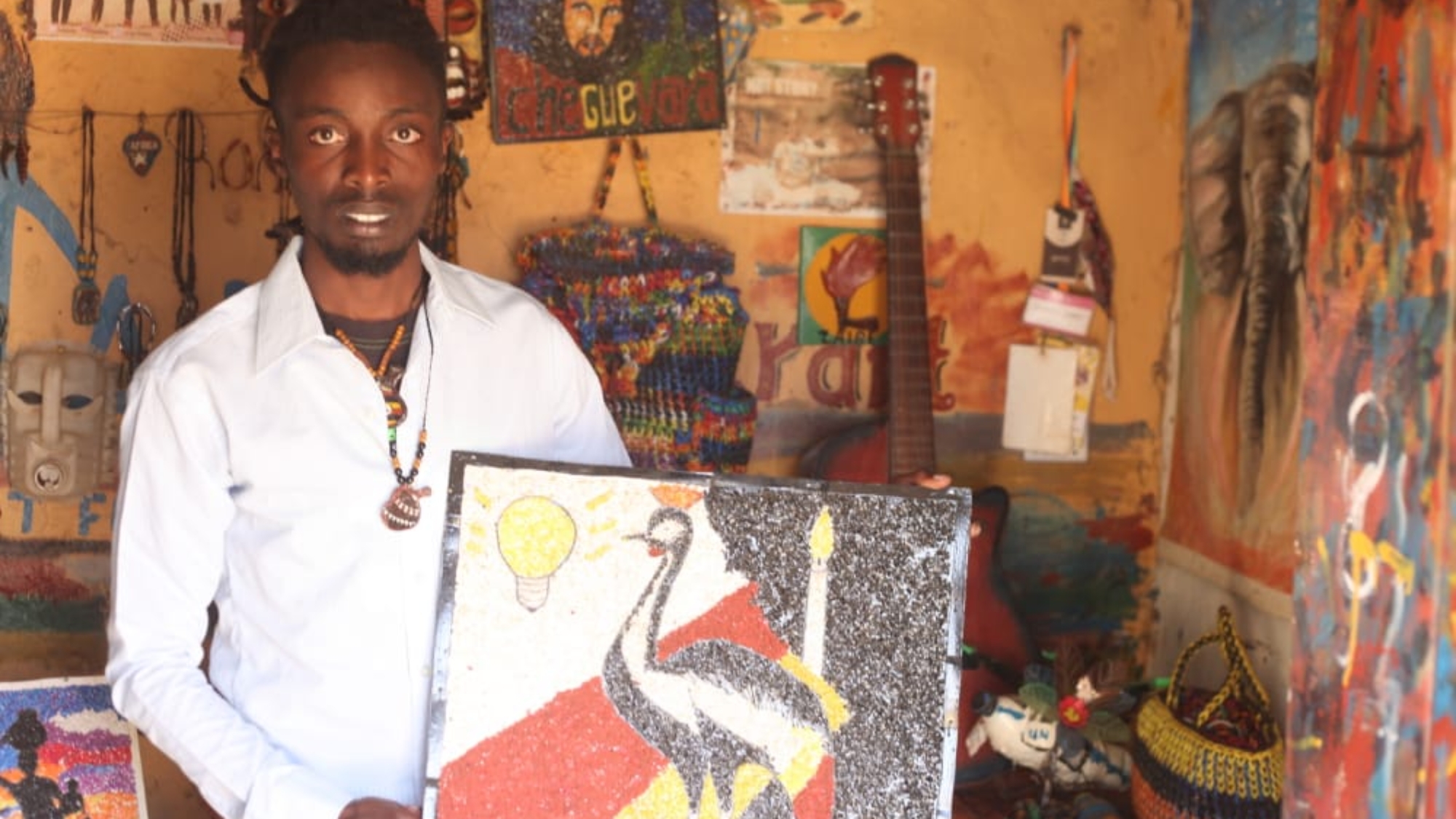 Before Issa Mwamba Patrick left his homeland the Democratic Republic of Congo to seek refuge, he was pursuing a bachelor’s degree in Development Studies at the university. The political instability in DRC forced him to flee in 2017 to Uganda where he settled as a refugee in the Nakivale camp for refugees.

After a traumatising experience of being uprooted from his homeland and finding himself in a new environment in Nakivale, Mwamba found many of his days unproductive. To pass the hours and days, he decided to try his hand at art and crafts with one of the stunning creations being a boat that he built out of plastic bottles. When guests visiting the camp in Nakivale saw the boat and praised him for it,  it was the beginning of his idea for an art and crafts programme for youth in the camp he lived in.

Started in 2019 with a few youths, the 22-year-old Mwamba is now the director of the program, at Art For Positive Change. Under Art for Positive Change, Mwamba mobilises other youth refugees in Nakivale camp to channel their energy and feelings into creating art and crafts from plastic waste.

Mwamba says that because of trauma and idleness in the refugee camp, many youths begin engaging in vices like drinking alcohol. He wants to give them an occupation in the meantime and so he recruits them under the organisation.

The group that started off with five members now has 20 members, each working with other groups across Nakivale Camp. Out of plastic, the youth refugees make jewellery, deco pieces, music and most recently they started making guitars.

While they have been successful in interesting the youth into Arts, the environment in which they are operating, limits their creativity and production. “We are faced with challenges of insourcing raw material to make the products, transportation and access to a readily available market due to existing in a community of fellow refugees who are not financially able to purchase our products,” Mwamba says.

In May this year, Mwamba got in touch with The Innovation Village Mbarara to seek solutions to the challenges the organization was facing. They were provided with platforms, opportunities and networks in which Mwamba says he has never looked back. They benefited from online classes on entrepreneurship where he has learned about digital and social media marketing to showcase his products, increase his market traction and build a business through hobbies.

The problem of access to the market was resolved after he joined the creative community at MoTIV.

Recently when members of the group ventured into making guitars from the available materials in the community, using wood scraps and metal wires from bicycles, MoTIV came in to help polish their prototype.

MoTIV held training sessions for the group and through these, the youth in Art for Positive Change were equipped with advanced woodwork skills while providing direct access to higher-quality inputs to create products that are ready for market.

Right now even the challenge of the market has been resolved with the Omwoleso.africa platform, the online marketplace. Through Omwoleso, Mwamba believes that their crafts will gain more visibility that will lead to an income stream.

Art for Positive Change has now grown to a group of 20 artists in the Nakivale Refugee Camp. As a group, they are producing a number of exciting products in the areas of textiles, recycled plastics, and guitars. MoTIV has partnered with Art for Positive Change to elevate the design and construction of the guitars they are making to create market linkages and increase revenue.

Currently his source of pride is the sample guitar made by Art for Positive Change that is now in the MoTIV shop. This for Mwamba is the beginning of the organization’s big dream to become a large centre for refugees that focuses on restoring a sense of purpose for the refugee youth by engaging them in environmentally-conscious art that tackles waste and pollution in their community. 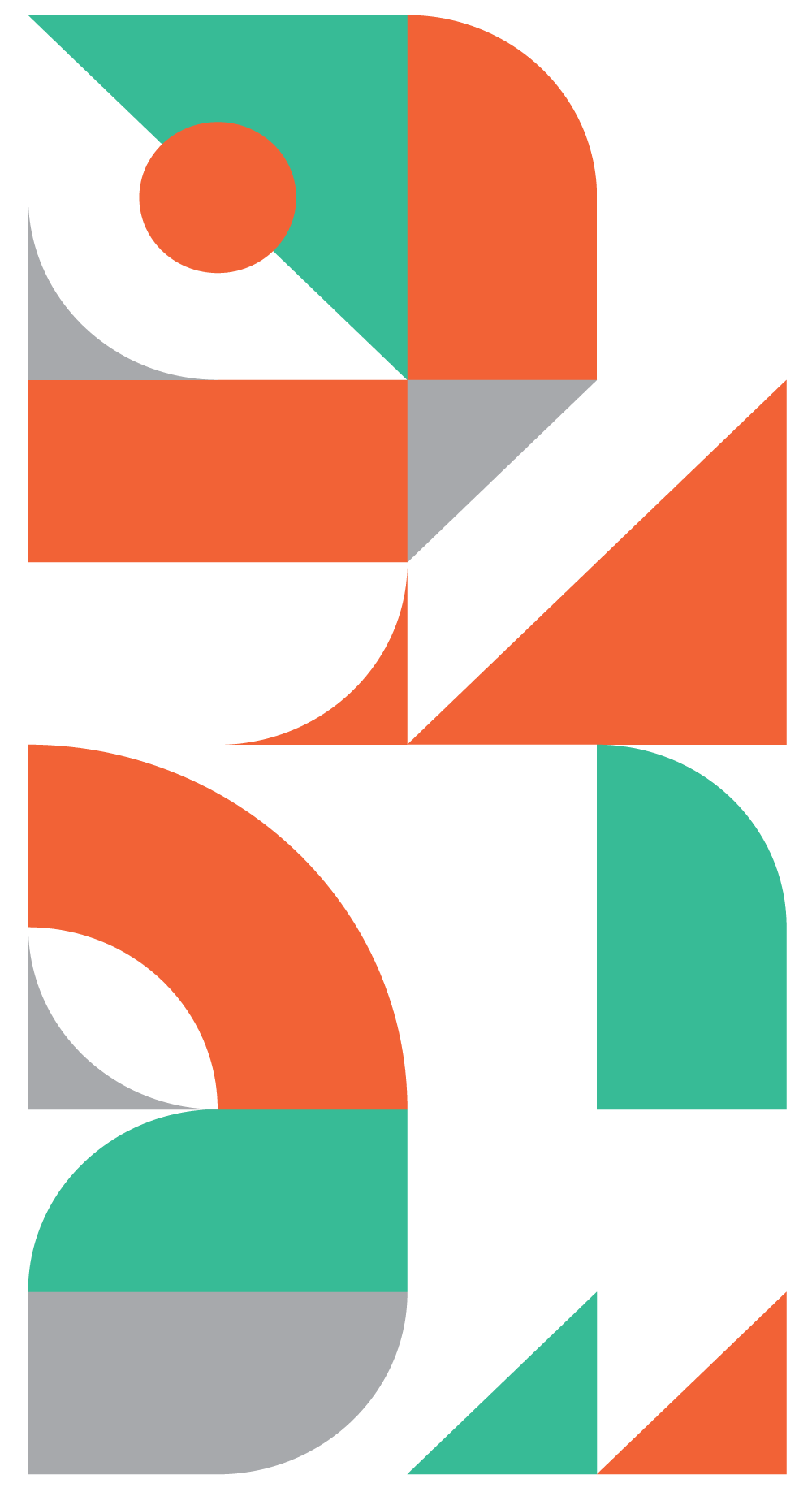